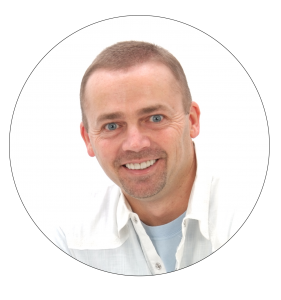 One of the first things you will notice about Mike is the fact that he is vertically challenged. Yes, he is much shorter than the average man. Barely standing 5’4? (depending on the shoes he is wearing), he often hears that over-used quote, “I thought you would be taller.” He has probably heard every short joke in the book. Don’t let his size deceive you though. What he lacks in height, he makes up with heart. Yes, he does have the “short man” syndrome, but that has been the driving factor to his success. He has gone from being picked last (or never picked at all) on the playground, to being a highly sought after speaker. Mike is merely a giant stuck in a short man’s body.

What you see is what you get. Mike is no different in life than when he is on stage. His casual personality is reflected in both his attire and his delivery. His riveting stories are real and will take your emotions on a roller coaster ride from wanting to jump up and cheer to grabbing a Kleenex to wipe away a tear. His presentations are simple and clear, and rarely does he use words over three syllables! Each and every time he steps onto the stage, Mike’s primary goal is to make a difference in someone’s life.

Mike is a highly decorated combat veteran, and continues to serve his country. Instead of lying in the trenches of a combat zone with his fellow soldier, he now travels the country providing messages of hope, courage, and transformation. The war he fights is not on the traditional battlefield, but in the hearts and minds of those who seek a change. Mike believes that speaking is not about making a living, but about making a life. For many, it is a career. For Mike, it is his calling.

Mike has faced adversity his entire life. When life knocked him down, he got right back up. That is who he is and that is all he knows. He is a survivor – ten feet tall and bullet proof. So he thought. Then life threw him a punch that he almost did not get up from. He almost threw in the towel. The loss of his seven year old daughter challenged every fiber of courage in his body. His heart-wrenching story is littered with misguided choices with splashes of overwhelming courage. Learning to live with the loss of a child has been and continues to be a daily challenge, yet he delivers a message of hope and inspiration to those who feel they may be at the end of their road or have nothing more to offer life. In the words of Mother Theresa, “I know God will not give me more than I can bear. I just wish he did not trust me so much”.